The Earth Trusteeship Platform offers open, decentralized, “multi-polar” and independent creative space for persons and organisations motivated to exploring Earth Trusteeship as an innovative principle of governance and (local and international) law, able to matching the challenges of the 21st century and the wellbeing of future generations.

“No One is Too Small to Make a Difference” – Greta Thunberg

“Humanity is in a position of trusteeship of the environment and not in a position of dominance” – Judge C.G. Weeramantry (1926 – 2017), Sri Lanka, Vice President, International Court of Justice, Peace Palace, The Hague.

“Social change and spiritual considerations cannot be separated. Religion is at the heart of social change, and social change is the essence of religion.” – Sulak Sivaraksa, Thai scholar and social activist, founder International Network of Engaged Buddhists (INEB) in The Wisdom of Sustainability. Buddhist Economics for the 21st Century, 2009.

“The protection of Earth’s vitality, diversity and beauty is a sacred trust.” – Preamble, Earth Charter launched at the Peace Palace, The Hague, June 2000.

“Every Bhutanese is a trustee of the Kingdom’s natural resources and environment for the benefit of the present and future generations (…).” – The Constitution of Bhutan, 2008.

“The state has no business giving to Coca-Cola the groundwater of a valley in Kerala, resulting in rich farmland going totally dry. Communities need to take back sovereignty and delegate trusteeship to the state only as appropriate.” – Earth Democracy, an interview with Vandana Shiva, India, in YES!,31 December 2002.

“In reality, the main contradiction has never been between human rights and the rights of Mother Earth, but between the rights of nature and property rights that are concentrated mainly in a small fraction of humanity.” – Pablo Solón, Bolivia, ‘Systemic Alternatives’; keynote speaker at the ‘International Forum for Wellbeing’, Grenoble, France, June 2018 (picture).

(…)“Article 3. Obligations of human beings to Mother Earth. (…)(2) Human beings, all States, and all public and private institutions must: (…) (d) ensure that the pursuit of human wellbeing contributes to the wellbeing of Mother Earth, now and in the future”. – Universal Declaration of the Rights of Mother Earth, 22 April 2010, Cochabamba, Bolivia.

“(…) in Andean communities in Latin America development is expressed through the notion of sumak kawsay, the Quechua word for ‘buen vivir’, or ‘good living’. Rooted in indigenous cultures and worldviews, sumak kawsay has been proposed as an alternative conception of development (…). Mahatma Gandhi’s concept of ‘trusteeship’ by which we hold the Earth’s wealth not as ‘owners’ but as ‘trustees’ (…)(in the benefit of) all living creatures and future generations, is (…) worth considering.” – Rethinking education: towards a global common good? UNESCO, 2015.

“An ancient legal concept which experienced a phenomenal comeback in modern environmental law over the past forty years: public trusteeship for the Earth’s natural resources.” – ‘The Rise of Public Trusteeship in International Environmental Law’ by Peter H. Sand, Germany, in ‘Environmental Policy and Law’, Vol. 44, April 2014.

“The notion of Earth Trusteeship, as a new positive foundation for rights and duties implicit in all property, deserves to be taken into account by policy makers and to be articulated in the coming decade. All world citizens should be recognized as equal Earth Trustees.” – ‘The Wellbeing Society. A Radical Middle Path to Global Transformation’, Hans van Willenswaard, School for Wellbeing, 2016.

“We cannot continue to prioritize property rights and corporate rights, burn fossil fuels at current rates, or perpetuate today’s linear economy that treats nature as a commodity rather than a community.” – David R. Boyd in ‘The Rights of Nature. A Legal Revolution That Could Save the World’. ECW Press, 2017.

“(…) yet the United Nations may be our only hope. Despite the inbuilt, deeply rooted conservatism in the UN system and despite the fact that the idea of transforming the Trusteeship Council has been rejected, the problems are not going away. In fact, they will only get worse if states fail to embrace a deeply embedded concept of Earth t(T)rusteeship.” – Klaus Bosselmann, New Zealand, Professor of Law, Auckland University, Interactive Dialogue of the United Nations General Assembly on ‘Harmony with Nature’, UN Headquarters, New York, 21 April 2017.

‘Human beings must therefore act as Earth trustees individually and collectively through new arrangements of Earth Trusteeship at all levels. – The Hague Principles for a Universal Declaration on Responsibilities for Human Rights and Earth Trusteeship, The Hague, 10 December 2018. 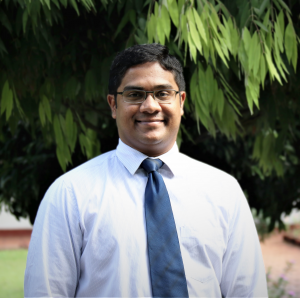 “Hence, Principles of Earth Trusteeship will be a valuable aid in ensuring that the Members of the United Nations achieve the aspirations of the 2030 Agenda. To this end we need now a diligent activism.” Neshan Gunakesera, World Future Council, The Hague, 10 December 2018 (picture).

“From the many initiatives in favor of a more peaceful, fair and democratic world the creation of a United Nations Parliamentary Assembly (UNPA) is the decisive one. The recent support given by the European Parliament to this proposal shows that (we) are ready to work for its creation” – Fernando Iglesias, Chamber of Deputies, Argentina, July 2018.  Pioneering signatories (2007) of the UNPA campaign were: Raúl Montenegro, Professor of Evolutionary Biology, University of Córdoba, founder of FUNAM, Argentina, Right Livelihood Award Laureate. And Monika Griefahn, board member and former chairperson of the Right Livelihood Award Foundation, Member of the German Parliament for the SPD, 1998–2009, eight years Minister of Environment in the State of Lower Saxony, and the first woman on the international board of Greenpeace, 1984–1990.